By Yen Simpson at GoodyFoodies

Pulses can easily be incorporated into your daily diet, all year round. Soups are a family-favourite, be it an Asian or Western-style soup. Over Christmas, we made a warming pot of Scotch Broth, to which we add barley and lentils. Using organic chickpeas, I would often make hummus for my husband — he loves it so much that he eats it often with toast in lieu of fruit jams. Speaking of breakfast, we sometimes have dhal with roti canai, a Malaysian-type flatbread at the local mamak.

Making Every Day a Pulse Day 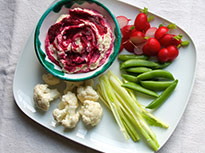 It’s simple to incorporate healthy pulses into your every day eating plan and wonderfully satisfying and tasty too. 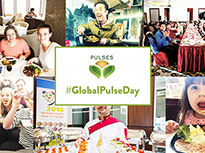 Small but mighty pulses are considered to be an invaluable food for a healthy and sustainable future. So much so that the United Nations Food and Agriculture Organization (FAO) declared 2016 Year of The Pulses. As we step into 2017, we prepare to celebrate Global Pulse Day on January 18th.

Oxford University and Public Health England published a new analysis identifying the gap between healthy, sustainable diets, and what the average person consumes. The analysis discusses our need to reduce our red & processed meat and cheese intake, and replace it with more fruit and vegetables, beans and pulses. 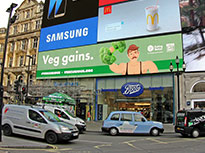 Eating Better has launched a new campaign aimed at encouraging men to explore their vegcurious side, writes Sue Dibb.

How will you be celebrating Global Pulse Day 2017?

2016 was the United Nations F.A.O. International Year of Pulses, its aim to promote awareness and greater consumption of these “nutritious seeds for a sustainable future”; well, that year may have come to an end but now’s the time to build on the momentum.