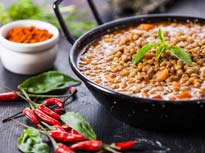 By Robynne Anderson, President of Emerging Ag. This article originally appeared on huffingtonpost.com on December 12, 2016.

The upcoming holidays may make you think about New Year’s indulgences and so what a great way to start the New Year off right to feast on Pulses too in 2017. Chickpeas, beans, lentils, and peas are great food. My favorite recipe is the Punjabi Dal Makhani.

They are so good for people and for the planet that they have their own special day, Global Pulse Day, to be celebrated all around the world on January 18th! That’s because pulses have a low use of water and a small carbon footprint. 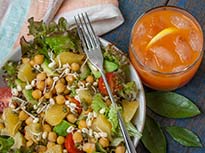 In Tajikistan, This Cookbook is Helping Boost Nutrition 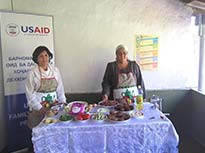 Nestled in the mountains of Central Asia, Tajikistan is the poorest country in the region. While agriculture accounts for over 50 percent of employment, only about seven percent of Tajikistan’s land is suitable for farming due to its mountainous topography. The old irrigation systems in this landlocked country are not adequate to meet the needs of its arid climate, which complicates agricultural growth. These factors make access to fresh fruits and vegetables very difficult, which causes many women and children to be undernourished. In fact, one in four children under the age of five is affected by stunting, the highest rate in Central Asia.

Ottawa: My year with pulses 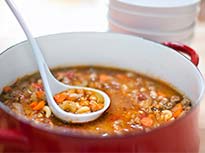 I discovered pulses a long time ago. The dinner table of my Tuscan childhood, in fact, offered dishes with simple ingredients like bread, tomatoes and beans, like greens patiently unearthed from unfarmed fields and figs and blackberries picked from wild trees and bushes. The dinners prepared by my extended family were frugal but also satisfying, filled with flavours that I cherish and seek when I search for homey comfort. They stem from the history of the land and sustained generations during hard times. They countered food insecurity at a time when the term was yet to be invented.

‘Pulses Panchayat’: It takes a village to change the country 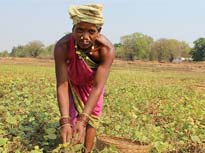 This article originally appeared on icarda.org.

Urmila Pujari belongs to the Bhumia tribe of eastern state of Orissa in India, a culturally rich and one of the largest tribes in India. The tribe practices agriculture as its primary occupation, with very few farmers cultivating pulses (food legumes). Urmila’s village of Bhejaguda is one the 28 tribal villages that has been brought into the folds of ‘Pulses Panchayat’, a bold and innovative movement that aims to revolutionize India’s pulses production.

Soils and Pulses: Symbiosis for Life 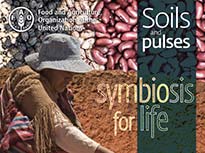 Whilst 2016 has officially been declared the International Year of Pulses by the United Nations General Assembly, it must not be forgotten that 2015 was declared the International Year of Soils to to increase awareness and understanding on the importance of soils in developing sustainable food production, food and nutrition security and essential ecosystem functions.