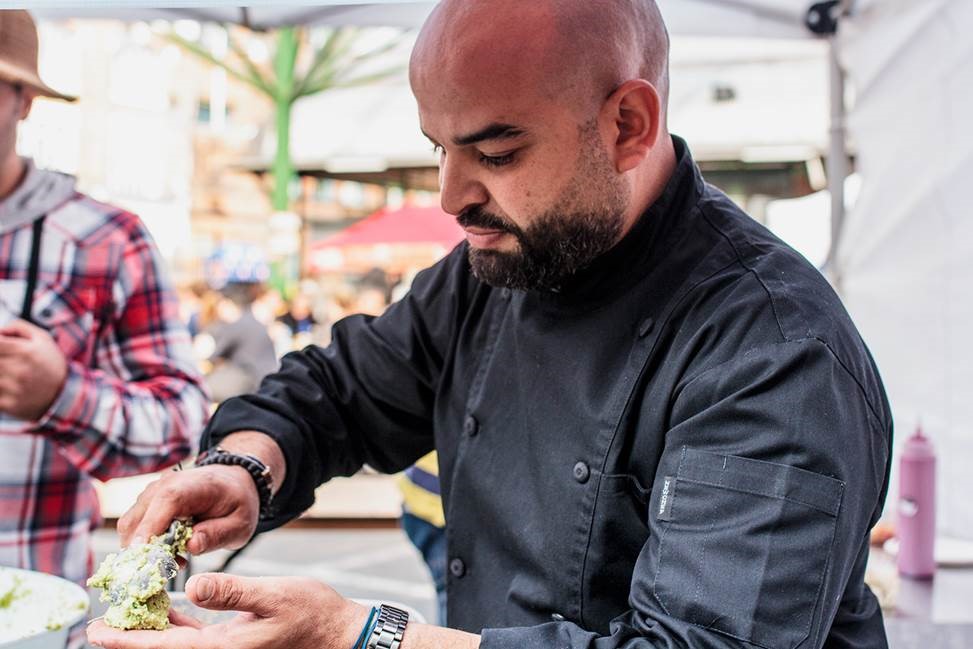 At Zooba we've been working nonstop to perfect our Taamia (Falafel) recipe for the past four years, since we opened our first restaurant in 2012 in Cairo. We've changed our preparation process over five times just to make sure it has the right texture, crunchy on the outside and soft on the inside.

To achieve this in every piece we decided that every order needs to be prepared fresh on the spot; no Taamia can be pre-prepared or pre-cooked.When we first heard about the 2016 London Falafel Festival, we were very excited to just be invited and have the chance to introduce Egyptian Falafel (Taamia) outside of Egypt.