The Capital’s First Ever Falafel Festival 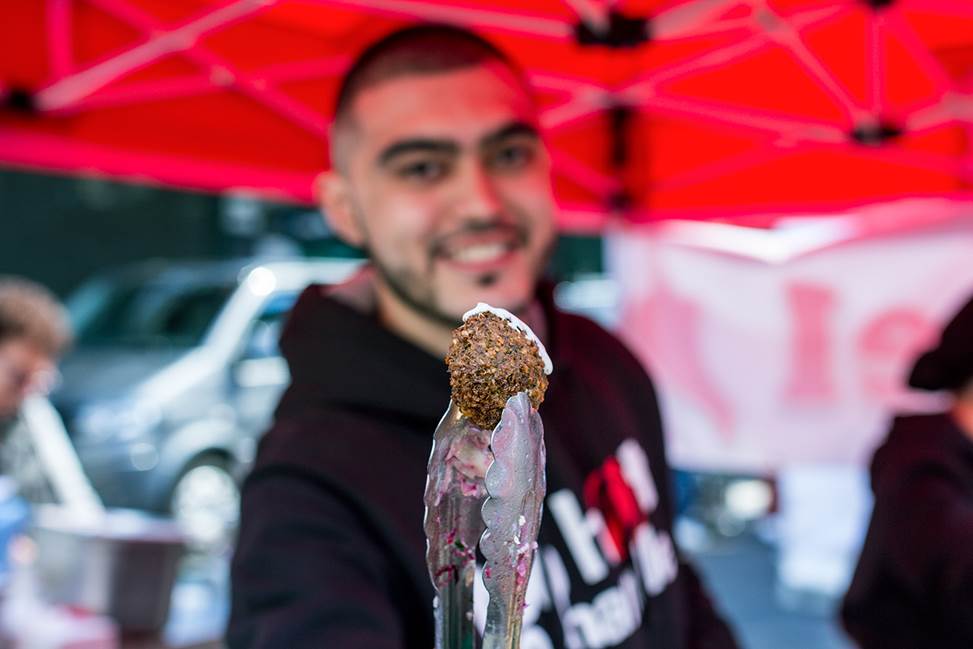 To mark the UK’s International Year of Pulses celebrations, guests were treated to falafels from some of the best local and international street food vendors and even a DJ, at the first ever London Falafel Festival.

Over 500 people were given the chance to sample authentic tasting falafels from different vendors at London’s iconic Borough Market.

Moustafa El Refaey, a renowned falafel maker from ZOOBA Cairo, flew into the UK from Egypt specially to take part in the celebrations, as chefs competed against some of London’s street vendors for the title of the best falafel – which of course – was decided by the streams of guests.

Traditionally eaten in the Middle East, the event was an opportunity to showcase these increasingly popular street food snacks. From fava beans to black beans, there were a wide variety of falafels available to suit everybody’s taste, made from all kinds of different pulses.

On the menu were a number of innovative falafels cooked by the chefs:

The  ‘Egyptian Falafel Master’ Moustafa El Rafaey’s falafel was declared tastiest of the day by the festival goers.

As the UK goes crazy for hummus and falafels, the London Falafel Festival demonstrated that this flavoursome Middle Eastern delicacy is becoming a firm favourite in London and indeed the rest of the UK. No longer are falafels simply for vegetarians, but the clearly demonstrated that they can be enjoyed by everyone and made with all types of ingredients.

“This was the perfect platform to celebrate the United Nation’s International Year of Pulses, and we hope that the British public will continue to try new ways to include pulses in their diets.”

To make your own falafels, visit the recipe section of this website or the recipe below, which has been devised by The Gate Restaurant, London.

Serves 6 people as a side or a starter 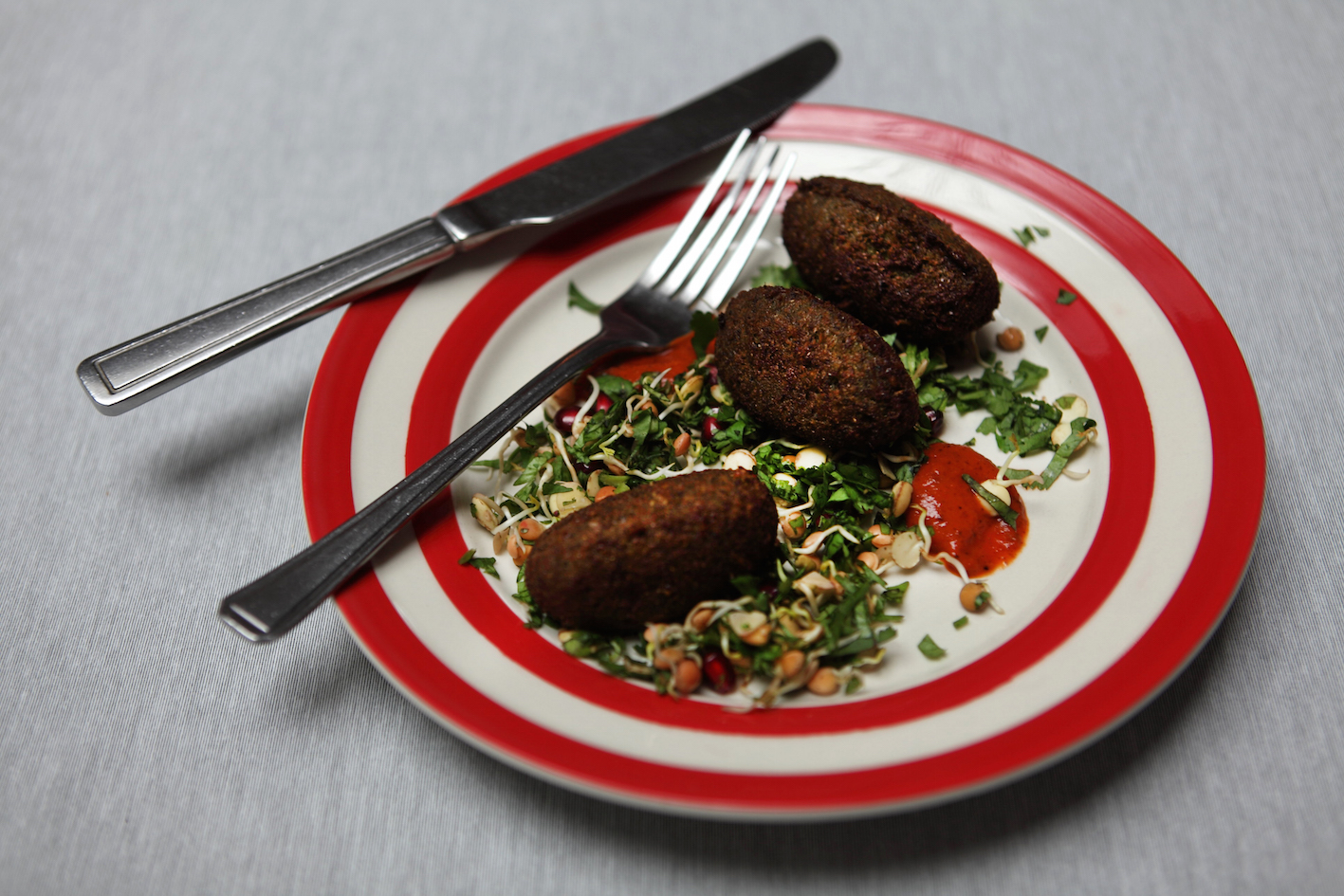 Chop parsley, mint and dill and mix with the sprouted lentils, pomegranate seeds and lemon juice. Season to taste.

Blend all ingredients together using a hand blender.

In a food processor, or with a hand blender and bowl, blend all of the ingredients together to form a smooth paste. Season to taste. Shape into slightly flattened balls, using two table spoons. Make sure the balls are equal size so their cooking time is the same. Deep fry until golden.

Serve the falafels hot with the tabbouleh and schoog on the side.