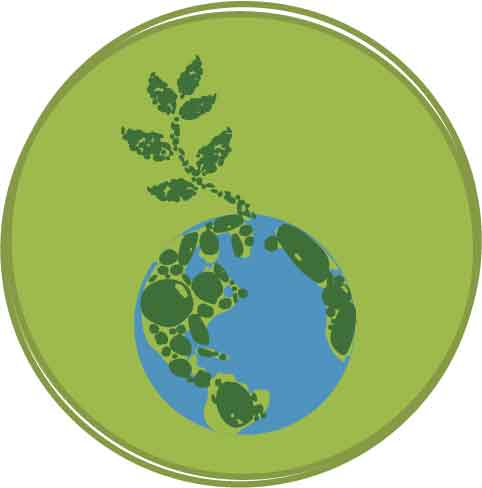 Chickpeas, lentils, beans, and other pulses are ancient crops and pulse crop domestication was essential to the historical development of arable agriculture. Pulses are traditional crops in many parts of the world, such as India, while in other areas, such as Australia and North America, they are relatively recent additions to cropping systems.

Pulse production has lost ground to cereal crops over the last fifty years. However, recent gains in some areas (e.g. Canada, Australia, USA, Turkey, and Ethiopia have rapidly expanded pulse production and become net exporters) demonstrate the opportunities for pulses in farming systems of many different sizes and types. In India, for example, introduction of pulse crops into new areas has been a major factor in recent record-high production of chickpea, pigeon pea, and lentil. Expansion of chickpea production in southern India was achieved through introduction into black cotton soils, utilization of rabi fallow lands, adoption of short duration varieties, and large scale mechanization (i.e. to cope with labor shortages). India’s national strategy on pulses this year has led to production on over 29 million hectares and the country is on track to achieve record production of over 21 million tons. To continue increasing pulse production in India, combined efforts by policy makers, scientists, and extension agencies will be needed to further integrate pulses into rice-fallow systems.

Pulses have strong potential to contribute to the Sustainable Development Goals (SDGs) and Nationally Determined Contributions (NDCs) for greenhouse gas mitigation and climate change adaptation. With rapid increases in global food needs on the horizon, the role of pulses will become even more significant especially for dietary protein and micronutrients. To support policy development, improved capability for quantification of potential and actual benefits of pulses for meeting global and national targets is essential. Estimating the potential for domestic pulse production is relevant to ensuring national food and nutritional security.

Actual yields of pulse crops vary greatly from field to field and from country to country due to biophysical, agronomic, supply chain, policy, and other factors. Overall, increases in average pulse yield have not kept pace with cereal crops and, in many developing countries, pulse productivity has been stagnant. As pulse producers seek to bridge the gap between potential and on-farm yields, climate change raises new challenges including increased pest and disease pressure and heat and moisture stress. In India, pulses are predominantly grown in resource-poor, rain-fed, stress-prone environments and climate change is predicted to depress crop productivity by as much as 40% by 2100. At the same time, in South Asia, the demand for pulses is projected to grow at a faster rate than for any cereal crop.

As with all forms of agricultural production, climate change will require researchers and producers to be prepared for more extreme and more variable local growing conditions (e.g. both wetter and drier periods). With good management practices, pulse crops have great potential to bear the vagaries of a changing climate, while adding atmospheric nitrogen that improves soil fertility and farm system sustainability. In India, there are important opportunities for integrating pulses into cereal-based cropping systems such as pigeonpea in central and eastern states; urdbean and kidney bean in northwestern states; cluster bean, mungbean, and mothbean in Rajasthan; and mungbean in the Indo Gangetic Plains. Development of insect-resistant Bt chickpea and pigeonpea could produce yield increases as high as 25%.

As researchers and other pulse stakeholders work to bridge yield gaps and develop options for profitably integrating pulses into cropping systems, most solutions will be context-specific. Progress will depend on spatially-explicit information to improve research targeting and efficiency. For example, a recent effort by the CGIAR to determine priority regions for research and development in dryland cereal-legume farming systems illustrates how diverse geographic datasets for biophysical (e.g. soil fertility; drought probability) and socioeconomic (e.g. population) conditions can be combined for strategic targeting of programmatic investment.

Crop simulation models can enable scientists to decipher the complexity of pulse production and simplify the choice of targeted interventions. Such models draw on global circulation models, weather data, maps of soil fertility and growing period, and demographic data (e.g. poverty, stunting) to predict outcomes such as improved yield and nutrition health. These models can help with understanding how new pulse varieties and cropping techniques will perform under alternative conditions across heterogeneous landscapes.

To help guide breeding programs, crop simulation models can link data on pulse genetic variation with location- and context-specific data. Although important for areas affected by malnutrition, nutrition signatures have not yet been incorporated into crop simulation models for pulses, especially with a view to assessing nutrient productivity of a cropping or farming system. This requires better understanding of the effect of genetic changes on nutritional characteristics. More work is also needed to simulate the beneficial effects of pulse crops in farming systems such as the amount of residual nitrogen available to crops following pulses in a rotation and the nutritional (e.g. protein) benefits produced on a farm when pulses are grown.

A number of developed countries have surplus production, while Europe and many developing countries, especially in North Africa and West and South Asia, have a ‘pulse deficit’ in that their populations consume more pulses than they produce. It is paradoxical that India is both the largest producer and the largest importer of pulses. To meet the world’s growing demands for pulses, it is important to systematically analyze production gaps.

Major improvements in food and nutritional security can be achieved by integrating pulses into cereal-dominated farming systems and optimizing pulse production on marginal lands. In the context of land competition and degradation, we need spatially-explicit assessment of major opportunities and risks across diverse farming systems. For example, in India, the ICAR-National Bureau of Plant Genetic Resources and Bioversity International have worked together to map hotspots for germplasm conservation and vulnerable areas for chickpea, pigeon pea, and other crops. Assessments such as these should be supported by up-to-date data repositories on demographics and agricultural conditions including predictable weather parameters, soil conditions, markets and consumer preferences, prices, trade, and prevailing policies.

As part of the 2016 International Year of Pulses, scientists from around the world have developed a 10-Year Research Strategy for Pulse Crops with support from the Global Pulse Confederation (GPC) and the Canadian International Development Research Centre (IDRC). This report showcases transformative research investments, including breeding and genetics that would allow pulse crops to deliver on their full potential as a critical player in the global food system.