By Dr. Carol Henry, Associate Professor of Nutrition and Dietetics, University of Saskatchewan 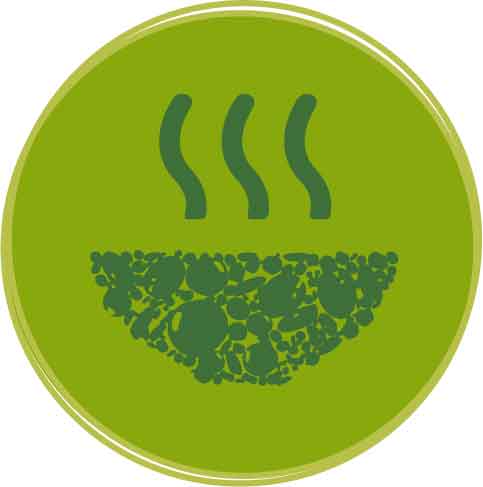 Confronted by malnutrition in all its forms the world needs to eat a lot more high-protein, low-fat, high-fiber pulse grains. The dual epidemic of under- and over-nutrition brings a raft of problems to all regions of the world including stunting, obesity, diabetes, and micronutrient deficiencies like anemia. The toll on human health, productivity, and wellbeing is enormous. Better representation of chickpeas, lentils, beans, and other pulses in human diets can play an important part of reversing these damaging trends.

Pulses also have a big role to play in the agriculture sector, which is wrestling with rising competition for land and resources, climate change, growing food demand, and complex commodity markets. Pulses can boost total productivity of all crops in a rotation by increasing availability of nitrogen, enhancing nutrient and water use efficiency, disrupting pest, weed, and disease cycles, and improving soil quality. Pulse crops can feed a higher population than can be supported with animal protein given land and natural resource limits for food production.

Getting pulses onto fields and forks

Efforts to increase pulse production and consumption occur in the context of dynamic, interconnected global, regional, and national food systems. If we want to get more pulses onto farmers’ fields and consumers’ forks, we need to know how these systems work.

Affordability, eating habits, taste preferences, and other cultural dimensions influence which social groups consume pulses and the potential for increasing consumption. While overall global demand for pulses has gone up in recent decades, per capita consumption has declined. In developing countries, 80% of pulses are consumed by people; in developed countries only 40% go to human consumption and 50% goes to animal feed.

Most pulses are consumed where they are produced and deficits in pulse production are growing in some regions. In many areas, farmers don’t receive market signals encouraging increased production because traders control prices. To see significant increases in pulse production and consumption, farmers will need to have stronger price signals and consumers will need to be offered appealing pulse-based products. Pulses need to be seen as more intrinsically appealing and nutritious, not just a low-cost substitute for animal protein. In Ethiopia, India, Kenya, and Malawi, pulse-based nutrition education has proven effective in changing the dynamics of pulse consumption and diet diversity and, consequently, child and maternal health.

Effective strategies for encouraging consumers to incorporate more pulses into their diets will need to be complemented by increases in pulse production, especially at the domestic level. Despite modest funding, researchers have demonstrated the potential to significantly improve smallholders’ pulse productivity and resilience, for example, through development of a high-yielding, disease-resistant, waterlogging-tolerant faba bean and chickpea varieties in Ethiopia and biological control of podborer in cowpea in West Africa. In Ethiopia, which has one of the highest extension-to-farmer ratios in Africa, diversification of pulse seed systems accompanied by wide-scale promotion of recommended packages has been impactful.

But there is more to increased production than new pulse cultivars and production techniques. Financial rewards to farmers, locally retained income from pulse production, as well as the effects of subsidies and other agricultural policies all play a key role. Also, social norms, such as gender roles, will influence who can benefit from efforts to boost pulse production and consumption. For example, field observations of the Scaling-up Pulse Innovation project indicate successful  integration of pulse agriculture, nutrition, and other social dimensions in food systems of two regions of southern Ethiopia. The project, which targets 70,000 smallholder farmers, has introduced nutritious pulse-based snacks, pre-cooked flours, and porridges into rural farming household practices as well as into school feeding and village store models. To date, direct beneficiaries include nearly 15,000 female farmers and about 36,000 male farmers who received improved seed varieties of chickpea and common beans for planting.

There is a big opportunity for pulses to be featured more prominently as ingredients in major food brands. Food companies have growing incentives to demonstrate the nutritional value of their products as well as the social and environmental sustainability of their supply chains. Increasing the representation of pulses as ingredients in major regional and global brands can have substantial impact. Consumers are likely to value food product appeal, convenience, and price (e.g. pulse protein fractions in ready-to-eat dishes).

Pulses are central to many culinary traditions around the world and, in many countries, they are a cornerstone of food and nutritional security. With rapid increases in global food needs on the horizon, the role of pulses will become even more significant, especially with regard to dietary protein and micronutrients. More focused evidence gathering is needed to clarify the importance of pulse consumption in reducing malnutrition and obesity and will provide data to inform national dietary guidelines and the emerging medical arena of ‘prescription food’ and to support policies that better incentivize farmers to grow pulses.

As part of the 2016 International Year of Pulses, scientists from around the world have developed a 10-Year Research Strategy for Pulse Crops with support from the Global Pulse Confederation (GPC) and the Canadian International Development Research Centre (IDRC). This report showcases transformative research investments that would allow pulse crops to deliver on their full potential as a critical player in the global food system.