How Do You Really Falafel?

In Greece Falafel is becoming the new Souvlaki

As the New York Times piece A History of the Mideast In the Humble Chickpea reminds us, the feuds over food between countries go all the way back to Biblical times. Often, it’s not just a matter of legacy or tradition, but cultural identity and big business. Here in Greece, those feuds have ranged from Feta cheese to yogurt to coffee. But one food that is gaining here in popularity, without a fight, is Falafel. Perhap it's the influence of our swelling numbers of Mideast immigrants, some who’ve gone on to start businesses in Athens and beyond. Or maybe it's the desire to eat less meat without giving up the protein our bodies crave. Certainly Greece’s hard-hitting economic crisis was a factor, resulting in a bit of a street food revolution for greater, faster food options with a good value.

The origin of Falafel continues to be a point of contention between Arabs and Jews, which seems to echo the wider conflict in the region. I prefer to see food as a unifying force. Migration for centuries means every newcomer brings flavors and recipes from their homeland. The diversity of a food should be celebrated instead of challenged. That’s what makes global cuisine so special. Many say that Greek food strikes similarities to other cuisines, including Indian, Turkish and even Persian. This immediately creates a sense of kinship with other cultures. Imagine the learning and growth opportunities in experiencing global cuisine through this lens.

Here in Greece, we'll always love our souvlaki. But one thing is certain: the savory, ethnic essence of spiced baked chickpeas served with fresh salad atop an Arabic pita with a dollop of Greek yogurt hits all the flavor notes! 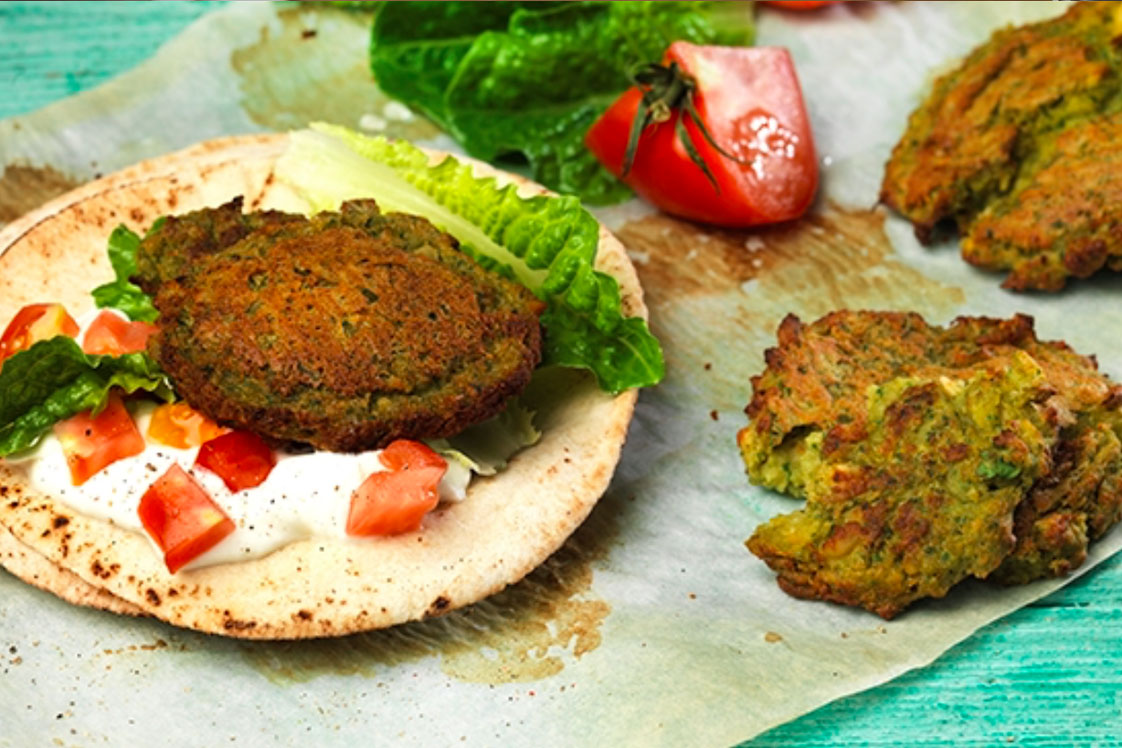 A day ahead soak chickpeas in plenty of water until they swell. Next drain and mash in blender.

Put mash in a bowl.

Then add the chickpeas; add the balsamic vinegar with honey and mix using a spoon. With the spoon, take a tablespoon of mixture. I like to make them Greek style, as large meatballs in a flat shape. Put in greased baking pan and brush them with olive oil.

Bake in a well preheated oven 200ºC, for 15 minutes; turn over and continue baking for 10 minutes or until extra golden.

Serve with Arabic bread, yogurt, lettuce and the fresh tomatoes.

So come celebrate #GlobalPulseDay with us and pick up some pulses to make for dinner tonight!