The global social media and PR campaign in support of IYP 2016 has been selected as the Best International Campaign of 2016 by the judges of the influential CorpComms Awards. The judges described it as ‘a truly good, multi-channel approach for a campaign rooted in real insights’. 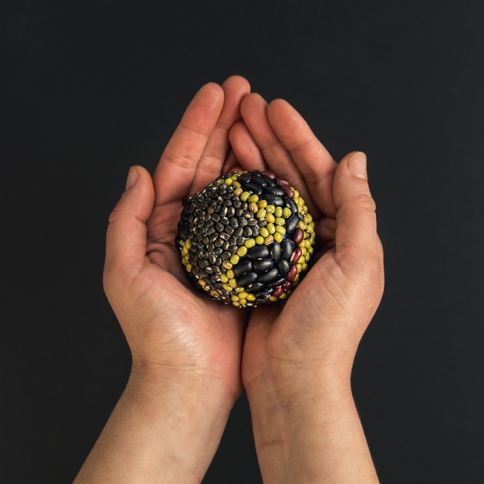 The #LovePulses campaign - which has been funded by the Global Pulse Confederation, co-ordinated by consultants EmergingAg and planned and implemented by marketing communications agency Dissident - has been running since November 2015 to promote the culinary, health and sustainability benefits of pulses to consumers, chefs, nutritionists and health experts around the world. It is part of a wider programme to increase demand for pulses in order to address global sustainability, health and food poverty issues.

The campaign still has another month to run but it has already generated over 2,000 press articles, 4 billion combined media and social media impressions, and 400,000 visits to the pulses.org website. Over five million people have actively engaged in the social media element of the campaign by viewing, liking, sharing, commenting and retweeting pulse-related content through the #LovePulses channels. Another sign that the campaign has been highly effective in raising people’s interest in pulses is that global Google search traffic for the term ‘pulses’ has increased by 47% since the start of the year.

The success of the campaign has owed much to its ability to mobilise a network of supporters and advocates around the world, including the Food & Agricultural Organisation of the United Nations, campaigning organisations such as World Wildlife Fund, Friends of the Earth and Meat Free Monday, plus high-profile chefs and food writers, whose recipes can be found in the Gourmet Gurus section of the pulses.org website. It has also involved leading nutritionists and sustainability experts with a shared interest in promoting the farming and consumption of pulses for the sake of people’s health and that of the planet.

Speaking on behalf of Dissident, the agency’s co-founder Martin Thomas said: ‘This is the first time that anyone has attempted to implement a global marketing communications campaign for a food commodity and the challenge that the GPC and EmergingAg faced in co-ordinating so many countries, organisations and committees should not be underestimated. It has demonstrated how people’s interest and enthusiasm can ignited by a global cause and that when it comes to health, sustainability and tasty and nutritious food, pulses have a great story to tell. Through the power of social media in particular we were able to spread this story around the globe and convince millions of people to #LovePulses.’