The report highlighted the growth of lentils & chickpeas, by 11.1% and 6.4% respectively, which Andrew Jacobs, Chair of UK Pulses Promotion Group, described as ‘unusual’.

‘I was surprised to see a traditional grocery item increase in sales by 10% in under one year. It suggests there’s something special going on’. 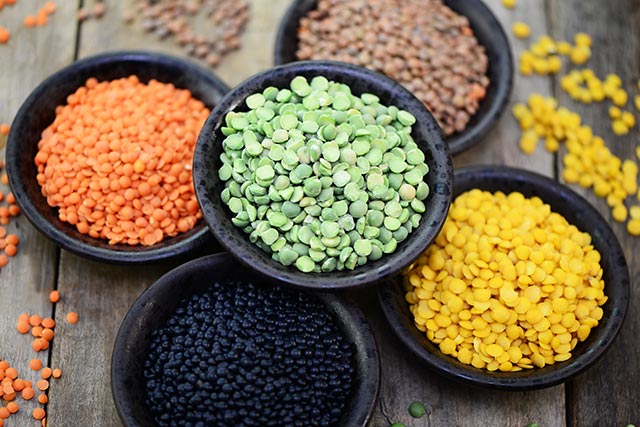 The main reason for eating more pulses is a search for health and wellness, a trend which has taken centre stage with US consumers in recent years.

According to this Nielsen survey on attitudes to healthy eating ’61% of respondents choose foods based on protein content and 59% for high fiber. This is a positive sign for pulses, which are widely regarded for their protein and fiber attributes.’ The report on protein also pulls out statistics about the bulk of pulse consumers, who span generations, income levels, life stages and dietary preferences, are women (70%).

Jacobs noted ‘I was interested to see that 86% of pulse consumption happens at home, that is very high, especially in America…when a lot of food is consumed on the go, away from the home.’

Jacobs said ‘a huge effort has gone into creating more awareness with consumers, with retailers, with opinion bloggers, about the health, nutrition, sustainability and affordability benefits of increasing pulse consumption and I think this has played a significant role in sales growth.’