Left to their own devices, nursery children love nothing better than to make mud pies and potions; concocting and mixing is such a magical business, you never quite know what you might end up with. Give a kid some edible ingredients to experiment with, and a little direction and then the fun really begins, sparking off a curiosity and love for food that can last a lifetime. 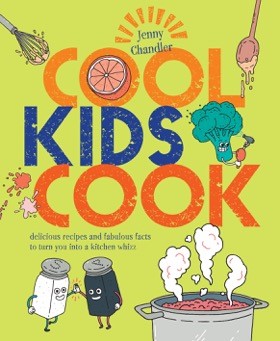 There’s no doubt about it, baking seems the easiest option with younger children; weighing, combining, stirring and spooning and then a bit of parental help getting the dish into the oven. By the time they’ve finished the obligatory spoon licking and probably flooded the sink with a spot of washing up, hey presto, the cakes or bakes are ready. There’s the icing too; a chance to let imaginations run riot with lurid pinks and greens and, rather curiously, a legitimate moment to consume pounds of sugar. Great fun, I won’t deny it, from time to time, but hardly a useful lesson in healthy eating.

Kitchen skills set us up for life and whilst it’s great to sweep the board at the local bake off, it’s much handier (and more impressive) to be able to whip up a quick supper for your friends and family. What interests me is that, given half a chance, children are just as focused on making falafel or stir fry as a flapjack or fairy cake. It really boils down to the fact that many parents quite understandably shy away from knives and hot pans, but the earlier kids learn some basic skills the more adventurous cooks and eaters they will most likely become. 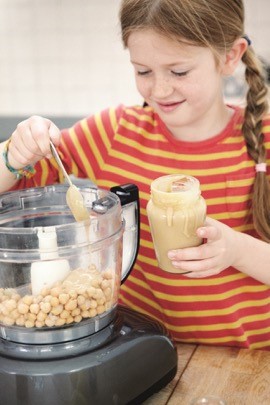 I like to start out with a very simple base dish such as homemade baked beans, this will involve making a basic tomato sauce and then, I think the important bit, choice. Giving children the chance to make decisions about the flavours in their cooking excites and engages. Interestingly, when it’s up to the young cook to pick their ingredients they will often opt for the unfamiliar. This is the idea behind my cookbook; the baked beans start out with the simple tomato sauce and can become Italian style using cannellini with a few fresh basil leaves, given a Mexican vibe using black beans with cumin and fresh coriander or a Moroccan taste by adding some chickpeas with a pinch of cinnamon and a spoonful of honey. One technique to learn, plenty of options.

If you’re after a really simple recipe then a bean salad is a great place to start. My daughter, aged nine, can happily throw together this quick pack lunch dish. The current favourite is black beans with sweetcorn, tuna and spring onions, a splash of balsamic vinegar and plenty of extra virgin olive oil.

So here’s a master recipe just to set the imaginations firing. 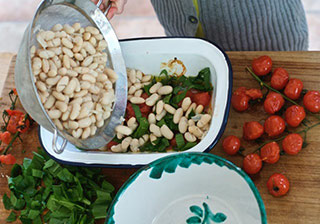 1 can of beans, drained: butterbeans, flageolets, black beans, cannellini, haricot or chickpeas all go down well.

A bit of onion: Spring onions are great for novices, red onions are wonderful when finely sliced (learning valuable knife skills along the way)

A little zippy acidity: a squeeze of lemon or lime, balsamic or any other vinegar. Add a little at a time until it balances with the with the oil and the rest of the seasoning.

Seasoning: Taste and add a little sprinkle of salt and pepper until you are happy.

Method: mix all the ingredients together! 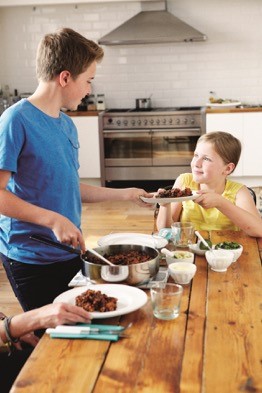 So get your kids into the kitchen, cooking real food, not just party treats. You may even get a chance to put your feet up whilst someone else puts supper on the table. And, since 2016 is the International Year of Pulses, why not kick off with beans?

Jenny Chandler is a teacher, cook book author, consultant and food blogger based in Bristol, UK. She is a regular contributor to a number of food-related blogs (including her own), the Borough Market Magazine, and she has written three cookbooks: Pulse, The Real Taste of Spain, The Food of Northern Spain and most recently, Cool Kids Cook.

Most recently Jenny has been chosen by the United Nations Food and Agricultural Organization as the European Special Ambassador for the International Year of Pulses 2016.