Teaching my grandmother to suck eggs is not an activity in which I am practiced, being denied the opportunity because she will not touch them, resting somewhere on the spectrum between a vegetarian and a vegan. As a Jain, she adheres to the principle of ahimsa (अहिंसा) and her diet reflects this unwillingness to harm or injure other beings. Anekāntavāda (अनेकान्तवाद) is another key Jain tenet, reflecting the “many-sidedness” of truth and reality. My grandmother used to explain it to me by the ancient parable of the elephant, which still remains a valuable pedagogical tool on multi-perspectivity in a variety of contexts. 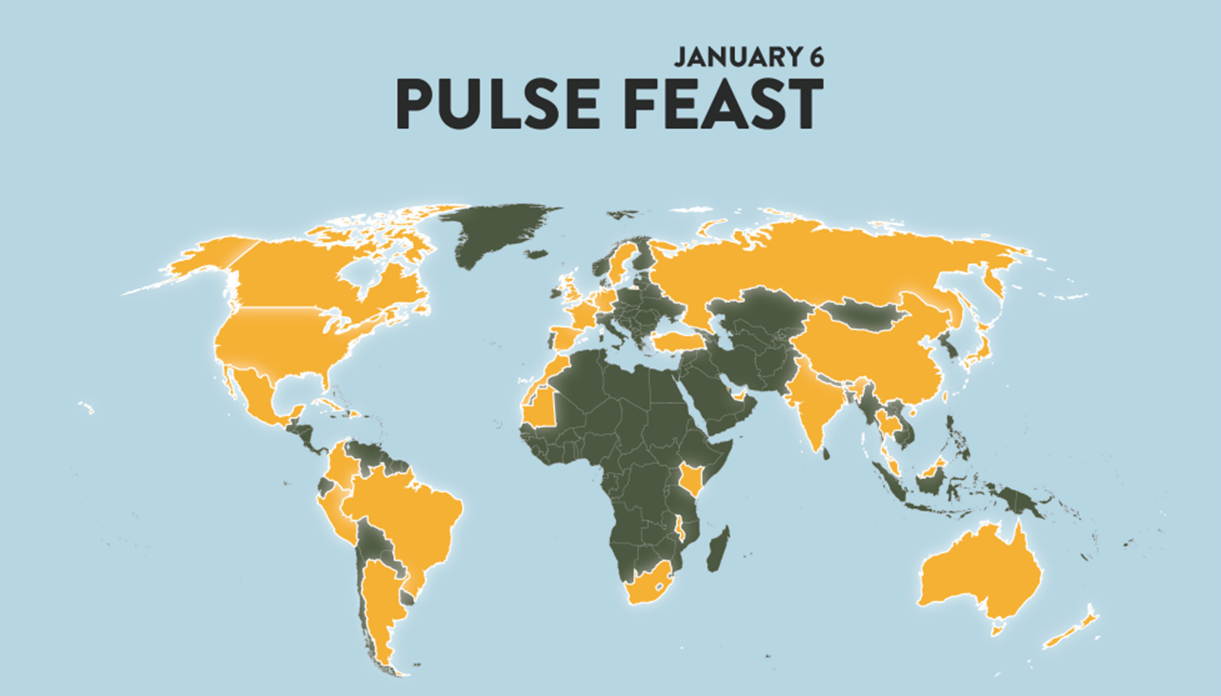 Six blind men were asked by their king to determine what an elephant was, by feeling the creature’s body. The blind man who felt the leg said the animal was like a pillar; the one who felt the tail said the creature was like a rope; the one who felt the trunk said the animal was like a tree branch and so on. Each blind man claimed that only his description was true, based on what he had felt, and all the other ones had to be false. “But you are all right and you are all wrong” interrupted the wise king “for you only had knowledge of a part, but you are disputing about the whole - you have all described a different aspect of a single creature”.

“In each case, pulses are part of the solution: a single truth that we perceive in different ways. They are the golden thread woven through the fabric of the more balanced and sustainable world we all wish to see.”

That is why the United Nations designated 2016 as the International Year of Pulses, a key aim of which is to raise awareness of the contribution of pulses to the various societal challenges listed above (and so many more). Pulses are good for us and good for our planet. So, if you like what you learn about pulses, please tell your friends; if you don’t, then tell your enemies – either way, just help spread the gospel. Whether it’s facts about the benefits of pulses or ideas for how to cook with them, don’t keep it to yourself – spill the beans.

Now, one of the most famous stories in the world is that of the nativity of Jesus Christ, as attested by a couple of canonical gospels, complemented by an apocryphal one. To the extent that such accounts were crafted more with theological rather than historical intent, it is understandable that they are not always too specific on the facts. For example how many Magi ("μάγοι") visited the “the king of the Jews” (Matthew 2:2) and when did they arrive? They brought three gifts (gold, frankincense and myrrh), which has been taken by some as an indication that there were three of them. The presumption that they were kings, as opposed to wise men or Zoroastrian priests, probably stems from Old Testament prophesies of kings worshipping the Messiah, such as “May all kings fall down before him” (Psalms 72:11). On timing, when King Herod failed to discover Jesus’s whereabouts from the Magi on their way to him, he became concerned about boys up to two years in age, not just newborns. Nevertheless, there is a popular presumption that the visit actually occurred in the same winter as Jesus’s birth, in fact on the twelfth night thereafter.

And thus it is that on 6th January each year a range of rituals have evolved, one of which involves pulses. A dried bean (often a fava) is baked into a celebratory cake awaiting revelation in someone’s slice. In some traditions the discoverer is expected to foot the bill for the following year’s party or cake; in others they are recognised as the Lord of Misrule or possibly the Queen or King for the rest of the day (which might explain the colourful paper crowns found in Christmas crackers).

This concept of a Bean Feast was royally revived on 6th January 2016 to mark the commencement of the International Year of Pulses. Pulse Feasts were organised from Lima, Medellín and Mexico City to Pullman, Toronto and Amsterdam as well 135 other locations across the globe.

The London Pulse Feast, hosted so imaginatively at The Gate restaurant, was just another example of the excitement created by the rediscovery of the benefits of this ancient superfood. The message rippled out far and wide online as well: over 20 million twitter impressions in 48 hours pushed #PulseFeast to trending globally with activity also surging on Facebook, Pinterest, Instagram and Vine.

However, the global food system will not be rebalanced in a single day, nor even in a single year. Our Pulse Feast and International Year of Pulses is just the start. It is only a sustained effort over successive years that will deliver the lasting change we so need.

You can read the original post on LinkedIn here.