India is the world’s largest producer, importer, and consumer of pulses, but the country is facing a crisis situation with pulses’ availability. The retail prices of pulses have soared to an all-time high in India over the past year, causing panic among the policy-makers, traders, and retailers.

Most importantly, pulses have become hard to afford for the hundreds of millions of Indians who rely on them as part of their staple diet and as the main – often the only – source of protein. The rising prices have been attributed to the inability to keep up with demand because of recent drops in production due to a lack of rainfall, expensive pulse imports, and farmers focusing too much on growing wheat and rice. 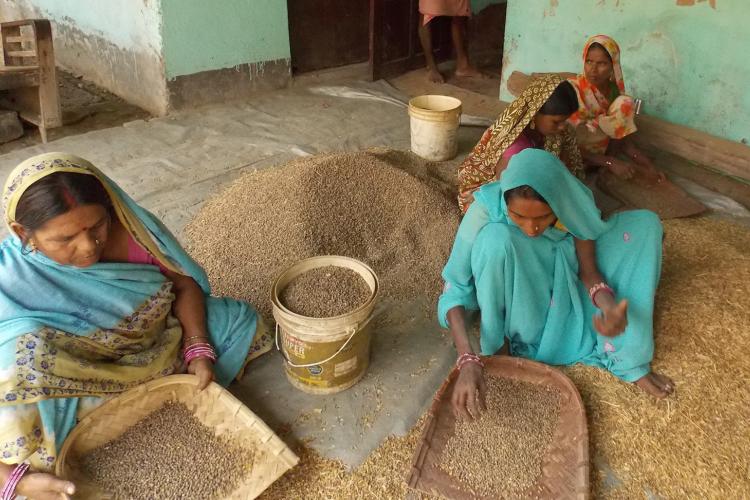 Two key pulses, peas and lentils, together make-up India’s staple food ‘dal’, which is what most people eat twice daily. With a large population of 360 million vegetarians and high poverty levels, most Indians either don’t consume or can’t afford meat. Pulses provide twice as much protein on average (23%) as wheat and three times as much as rice. From July 2014 to July 2015, prices of the major pulses increased anywhere from 12 to 50 percent. The ‘tur daal’, a popular lentil typically eaten daily with rice, particularly in lower income and poor households, has doubled in price in just over a year’s time. In many Indian cities, one kilogram of pulses is now often more expensive than a kilogram of chicken or a dozen eggs.

According to the Indian Pulses and Grains Association, farmers in India see less than half the pulses yield per hectare as compared to farmers in advanced countries. This is one of the reasons that India is significantly reliant on pulse imports. Imports reached 4.4 million tonnes for the 2014-2015 cropping season with costs in the range of $US 2.8 billion; this constituted over 20% of all pulses consumed. The rate at which imports are rising is a cause for alarm as they rose by about 29 percent over the 2013-2014 season. India gets between a quarter and a third of all those pulses from Canada. In the meantime, to meet the demands, Canada has ramped up production and is transporting a majority of their pulses from Saskatchewan all the way to ports in Vancouver, British Columbia to be loaded for ships headed to India. All in all, it’s a three to four month process that is indicative of India’s waning self-sustainability.

On February 24, ICARDA is launching its Global Pulses Research Platform in partnership with the Indian Council of Agricultural Research (ICAR) and the Government of India. Implemented under the aegis of the National Security Food Mission, the platform aims to enhance food and nutritional security and improve livelihoods of farmers. A key objective of the platform seeks to promote and expand on cropping of lentils in rice fallows – an approach to intensifying crop production while enabling sustainable cropping systems. Approximately 11.7 million hectares were left fallow for period of time in 2015, constituting over a fourth of India’s total rice area. Researchers initially estimate that pulses can be grown on a minimum of three million of those hectares.

The crop improvement research program at ICARDA has developed short-duration, high-yielding, disease resistant lentil varieties which mature as early as 100 days or less and can be planted and harvested between two rice cropping seasons. Pulses are the only type of crop that replenish soils with nitrogen, and therefore will help reinvigorate the soils to benefit the next rice planting season. These crops will provide farmers additional income, supply the local community with more food diversity, and will contribute to a much-needed increase in pulses production.

The improved lentils are also bio-fortified – bred to contain more micro-nutrients than the local varieties – another strategic approach of ICARDA’s research to address the widespread micronutrient deficiency in India and the larger South Asia region. The condition known as “hidden hunger” leads to stunted growth in children, a major challenge in the region. The improved varieties offer 25% more iron and 60% more zinc than traditional varieties used by farmers.

Additionally, the platform in India will be working with national partners in Nepal and Bangladesh to benefit the whole South Asia region from the platform’s research outputs, innovations and capacity building activities.

Throughout South Asia the pulse situation is dire, but solutions are taking hold. In nearby Bangladesh the rice-pulses approach has already proven successful. Lentil cropping has spread to more than 85 percent of rice fallows, now bringing in an additional annual income of US $26.6 million to farmers.

The platform launch is in lock step with the UN’s 2016 International Year of the Pulses aiming to promote pulses production and consumption the world over because of their unique mix of benefits for health, nutrition, sustainability, and food security. Compared to other sources of protein like meat, milk, and nuts, pulses have excellent water efficiency, low emittance of greenhouse gases, and an abundance of micro-nutrients.

This article originally appeared on ICARDA.org.