As the New Year approaches, it’s time to look at how pulses might play a part on what ends up on your plate in 2016. We have observed a number of food forecasts compiled by experts who have analysed future consumer appetites. 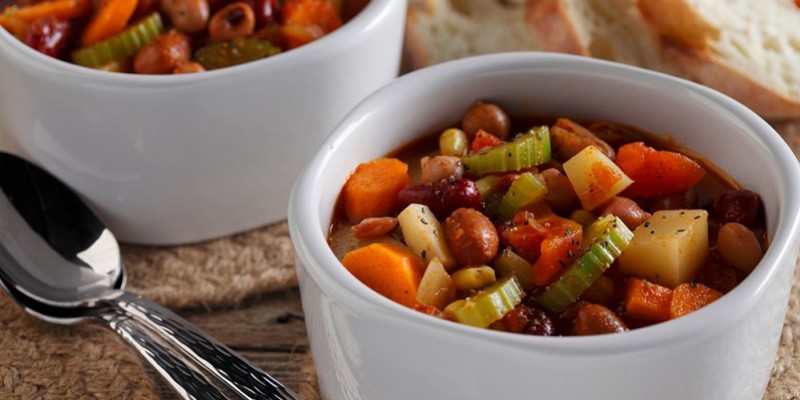 2015 has seen a number of weird and wonderful fashionable food trends. Preparing to drink your food and eat your drinks was a highlight – we liked the look of this Lentil Cocktail in particular.

So what food trends does 2016 have in store and what exciting role will there be for beans, lentils and chickpeas? The millennial generation’s warming to social media has massively influenced what we like and don’t like. On Instagram, #FoodPorn has featured more than 74 million times, with users sharing their culinary creations.

Agricultural trends analyst Phil Lempert predicts that will see new kinds of proteins that are more sustainable and affordable than animal sources. When pulses are grown, they use ½ to a tenth the water of other sources of protein. Among some of more obscure ingredients, algae, yeast and even insects are set to pack a protein punch as we head into the new year.

For the past couple of years, the world has warmed to Peruvian food. For 2016, Persian cuisine is set to create a big impact. A Persian Yoghurt Soup with Chickpeas is just one of a number of delicious recipes that are set to whet appetites in the International Year of Pulses.

According to reports, chickpeas are up 290 percent on restaurant menus since 2005.[1] The United Nations has declared 2016 to be the International Year of Pulses, with the celebrations set to inspire more people to build meals around pulses.

We have got hundreds of recipes to provide inspiration for people around the world to celebrate #PulseFeast on January 6.

Sign up to the Thunderclap to show your support.