Judged in a competition during the Pulses Conclave in Jaipur, India, hosted by the India Pulses and Grains Association (IPGA), students from across the country entered creative new uses of pulses as food ingredients. “The depth of the innovation and creativity was striking,” said Pravin Dongre, Chairman of the IPGA. “It was an honour to recognise the team from Bangalore among the 36 entries initially received. This is one step on the nutrition side of food security and IPGA will also be working to increase productivity in pulses in India – a vital issue to national and international food security.”

“There is really a bright future for the Indian food sector,” said Dr. Chris Lannon of the McGill Centre for the Convergence of Health and Economics in Canada. McGill and the International Development Research Centre of Canada facilitated the contest in conjunction with IPGA and the Global Pulse Confederation. “We supported this effort to raise the profile of pulses and to foster young food science talent in India. With outstanding entries from all regions of India, it was clear that there are exceptional young thinkers working on new uses for pulses.”

The #LovePulses Products Showcase is being held in countries around the world to better illustrate the role for pulses in new and creative ways. Pulses are a vital part of the world’s food supply, and the goal is to further their use as a great source of protein, fibre and micronutrients. The United Nations declared that 2016 is the International Year of Pulses and it couldn’t be a better year to focus on the role of dal, gram and beans. In recognition of the year, IPGA and ICRISAT this week also signed a memorandum of understanding to increase research and improve pulse yields.

The winning recipe was: 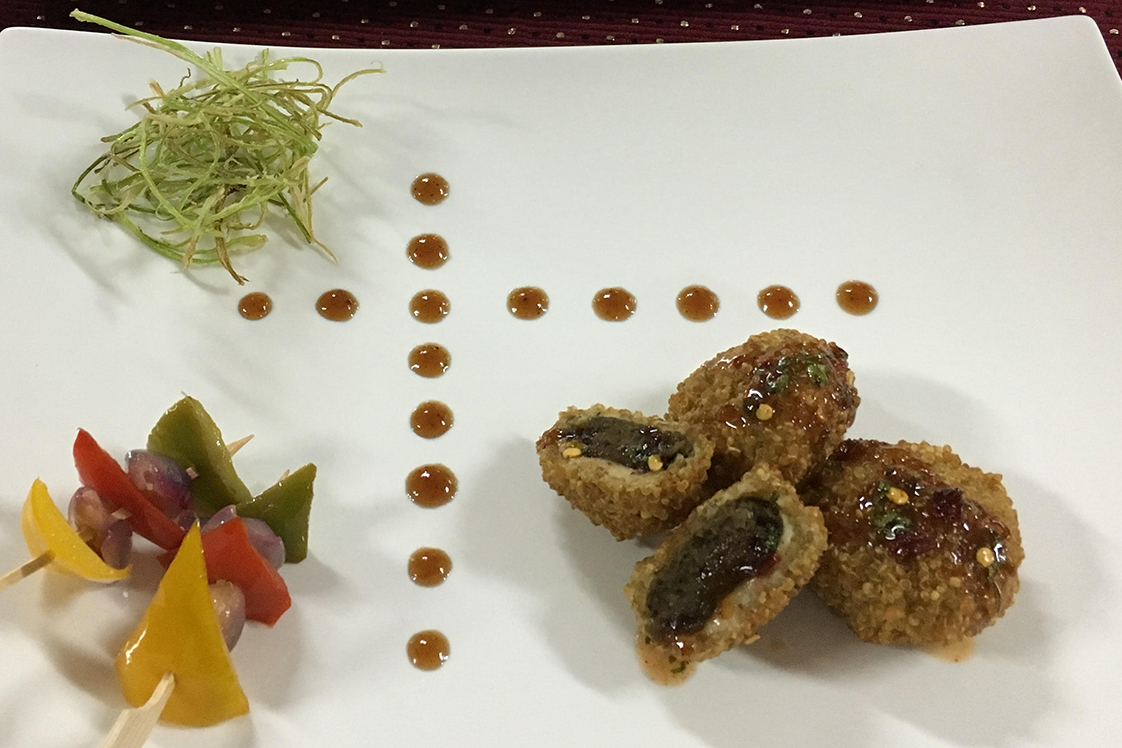 Soak all the pulses overnight.

Blanch all the nuts and greens.

Cook quinoa and dry it.

Boil all the pulses separately.

Make a paste out of the above ingredients then cook it on a low flame until it has a semi-hard texture.

Apportion the above mixture to make small patties (18-20 g each) and cool them.

Apply a layer of seasoned meat of your choice (optional for non-vegetarians).

Coat the patties in batter and encrust them with the quinoa.

Patties can be baked or deep fried as desired.