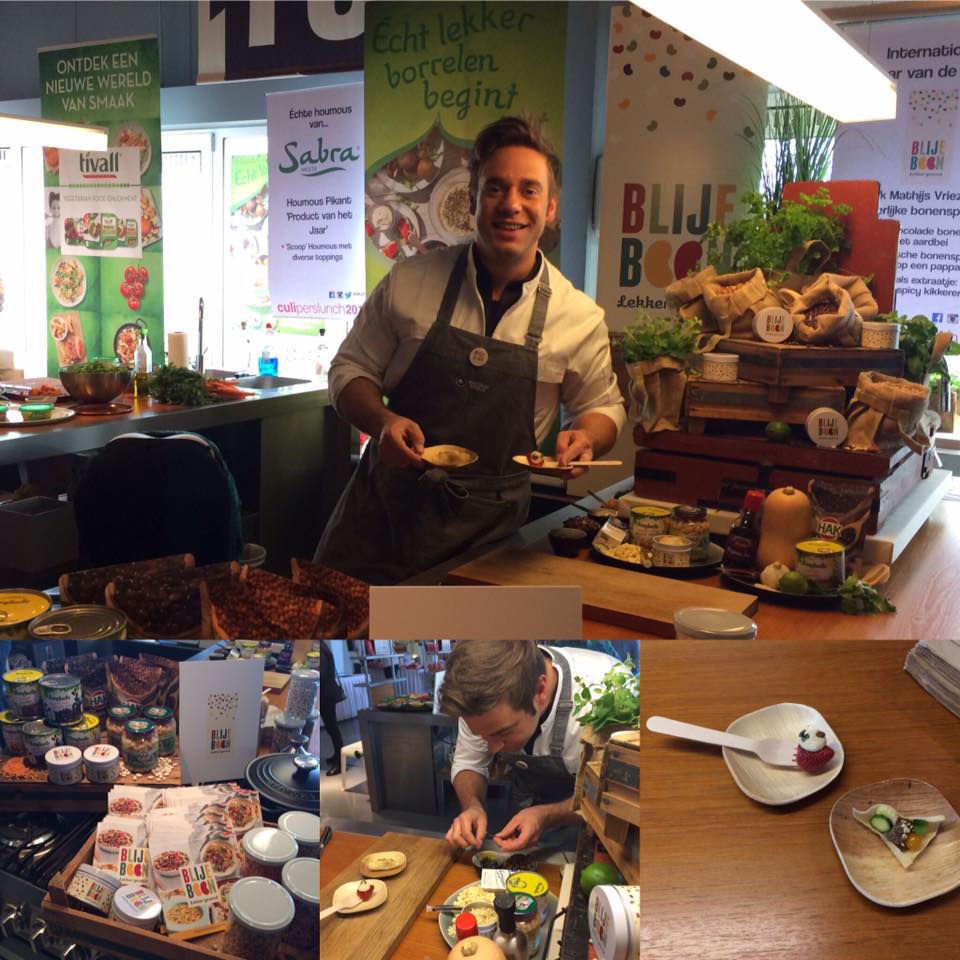 The great Culiperslunch is an event during lunchtime in the Kookfabriek in Amsterdam with 100 culinary journalists. This took place last Monday for Blije Boon.

The event contained 15 cooking islands and several stands for all the participants to serve their dishes. The main idea of this event was to bring yourself to the attention of the culinary journalists, inspire them and hopefully have them write about you.

Early in the morning , organisers arrived at the location in Amsterdam to settle for Blije Boon. The Blije Boon team had their own cooking island which they turned in to a spreadbar where tv-cook Mathijs Vrieze presented two bean spreads, an Asian spread with black beans and lentils and a white bean spread with white beans and white chocolate..hmm! The team also had a small snack: roasted chickpeas. They were in a very good mood, because of all the nice flavours and enthusiastic people! Around noon, the event became very crowded and they served their little bites to several journalists. It was nice to talk to them and to hear their enthusiasm for beans.

The Blije Boon team also participated in the goodiebag with their book of inspiration, a little Blije Boon can, a product of Hak and one of Bonduelle.