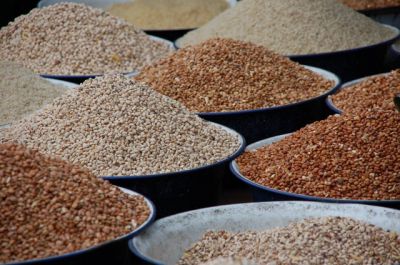 Damage caused by pod borer Maruca vitrata, the most destructive pest of cowpeas, can lead a loss of up to USD 3 billion per year in West Africa alone. To reduce the losses, farmers resort to spraying insecticides, most often inappropriate ones and without protective equipment and gear, thereby exposing themselves and their families to serious health hazards. The damage by the caterpillars of the pod borers can cause up to 80% damage on cowpea farms. Worse, over the years the pod borer has developed resistance to the most common pesticides, and farmers are responding to this by increasing the frequency of pesticide application, thereby exacerbating the problem.

To solve this, researchers of the CGIAR Research Program on Grain Legumes (Grain Legumes) at the International Institute of Tropical Agriculture (IITA) have recently introduced two parasitic wasps (parasitoids), Therophilus javanus and Phanerotoma syleptae, that will act as natural enemies to fight pod borers in cowpeas.

Initially, two rural farmer communities in southern Benin have adopted these new small wasps for sustainably fighting the pod borer. These parasitic wasps will actively search for the target pest in cowpea flowers and pods, and lay eggs inside the caterpillars of the pest, which will hatch and destroy the pest from inside. With these wasps, the smallholder farmers now have a natural, safer, cheaper and environment-friendly ally to fight the pod borer and reduce losses.

The released parasitoids work in synergy by having two different modes of action, one being an ovo-larval parasitoid, and the other one being a sturdier larval parasitoid which can detect the presence of caterpillars of M. vitrata inside flowers and pods of cowpea. The parasitoids were released on patches of wild alternative host for the pod borer, where the pest is feeding and reproducing during the off-season, ready to invade cowpea fields with the onset of the cropping season.

This approach of using natural enemies to reduce the population of a pest is called biological control. It is expected to overcome the over-reliance on chemical pesticides and to break the vicious cycle of pesticide resistance and pest resurgence, by substantially reducing the population of the pod borer both on wild alternative host plants during the off season, and on the target crop, cowpea, during the cropping season.

Data from pre-release studies indicate a high potential for these parasitoids to be able to keep populations of the pod borer under the damaging threshold. 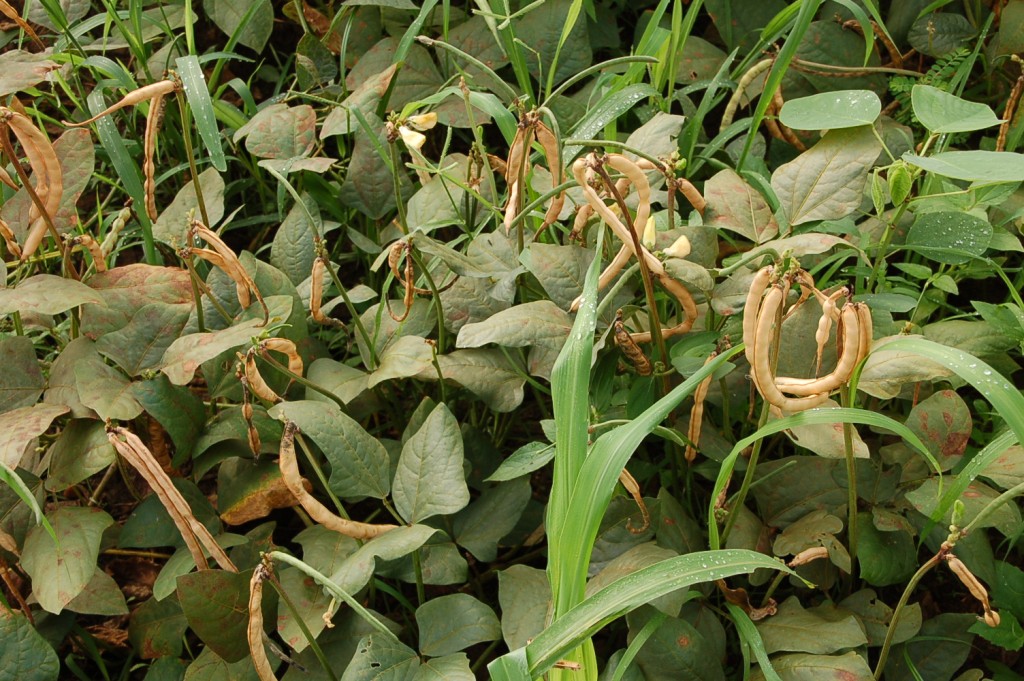 Prior to the releases, farmers were sensitized about the essential features of biological control, and the need to refrain from inappropriate use of chemical pesticides in order to preserve the just-released natural enemies.

The parasitoids are expected to establish on the patches of wild vegetation where they were released, and produce several generations thereby increasing their population size and colonizing neighboring patches where host plants for M. vitrata are present. With the onset of the rainy season and the beginning of the cowpea cropping season, the parasitoids will follow the M. vitrata populations migrating to the cowpea fields. An overall 30-50% reduction in M. vitrata damage is anticipated depending on prevailing local conditions (such as rainfall pattern, planting dates, variety).

Reducing the damage by 50% through biological control will bring a financial gain of USD 1.5 billion, and this without taking into account the savings by reduction in pesticides and related health and environmental costs. 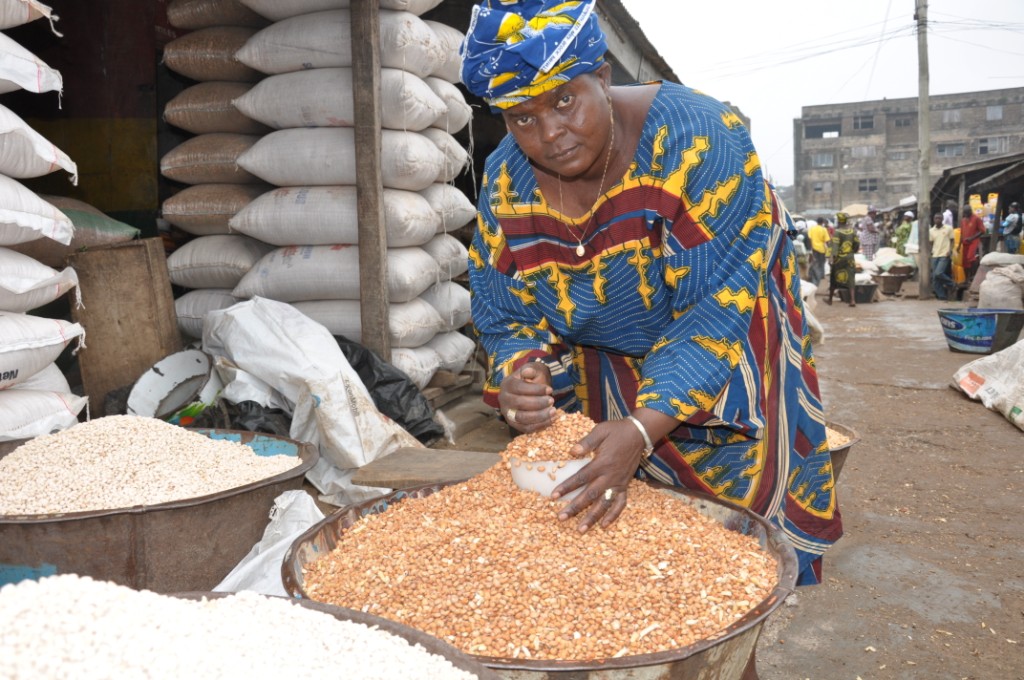 Cowpeas, a highly nutritious pulse containing about 24% protein, and several vitamins and minerals, grow in the semi-arid tropics of Africa, Asia, Europe, United States and Central and South America. About 96% (4.9 million tons) of cowpeas are produced in Sub-Saharan Africa alone.

This effort is part of an overall Integrated Pest Management (IPM) strategy for controlling cowpea pests which includes the use of resistant varieties and the safe and judicious use of pesticides (which we are planning to substitute with locally-produced bio-pesticides in the longer term), combined with modern ICT approaches to empower low-literacy farmers to make informed decisions about pest control options in close collaboration with Sustainable Animations Without Borders (SAWBO).

This initiative is an ideal example of how international funding and collaborative research support help smallholder farmers in Africa. The two parasitoids were obtained from the World Vegetable Center (AVRDC) in Taiwan through a collaborative project supported by GIZ. With funds from the USAID Feed the Future Legume Innovation Lab for Collaborative Research on Grain Legumes, the parasitoids were mass-reared and lab tested prior to release at IITA-Benin and released by the Benin National Agricultural Research Institute (INRAB); the Directorate for Plant Production in charge of Regulatory Services at the Ministry of Agriculture (DPV/MAEP); the University of Illinois at Urbana-Champaign (UIUC); and Michigan State University (MSU). The releases were carried out as part of the CGIAR Research Program on Grain Legumes, with co-financing from a precision-IPM scoping grant by the Bill & Melinda Gates Foundation.

Manuele (Manu) Tamò is an insect ecologist at IITA in Benin and the Product Line coordinator for Insect-smart chickpea, cowpea, and pigeon pea production systems of the CGIAR Research Program on Grain Legumes. He obtained both his M.Sc. degree and Ph.D. from the Swiss Federal Institute of Technology (ETHZ), Institute of Plant Sciences, Zurich, Switzerland. Manu’s current research focuses on the development and deployment of biological control and habitat management options against major insect pests in cereal–legume systems. He has been involved in several regional IPM projects, by which he has established extensive links with colleague scientists and extension agents in 11 African countries. He has been the principal investigator of several special projects totalling in excess of US$ 9 million.

All photos (high resolution) used in this blog are courtesy of IITA, and are available at: http://1drv.ms/1PUjIXr
For any further queries, clarification, please contact: Satish Nagaraji (This email address is being protected from spambots. You need JavaScript enabled to view it.)