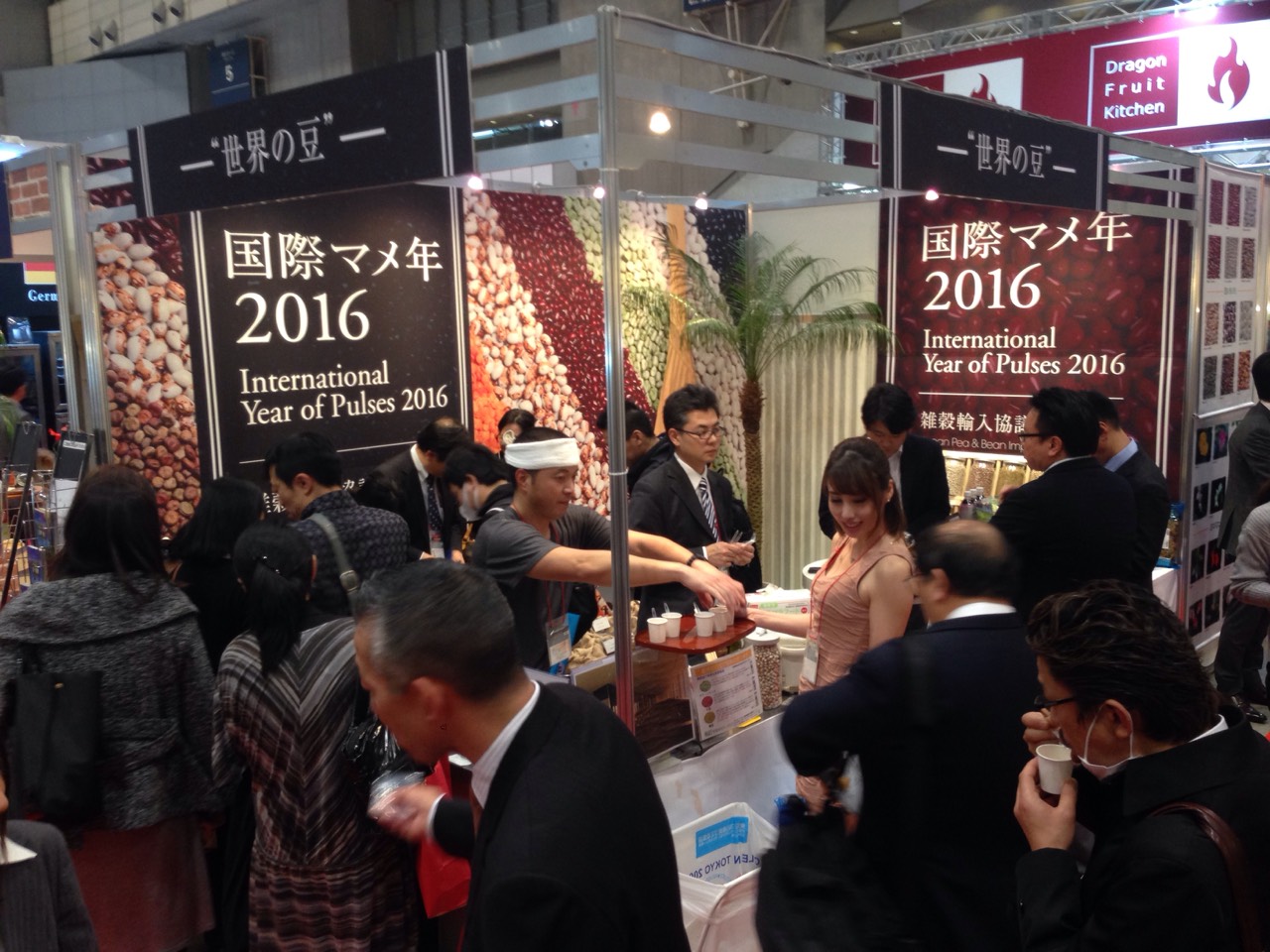 From March 3rd to March 6th, Pulses were on display at the FOODEX convention in Japan. The Japan Pea and Bean Importers Association promoted 34 kinds of pulses for the 77,000 visitors from 83 countries in attendance. Samples of pulses were distributed to visitors with an IYOP 2016 seal, and 6 kinds of pulse cuisine were served to visitors: 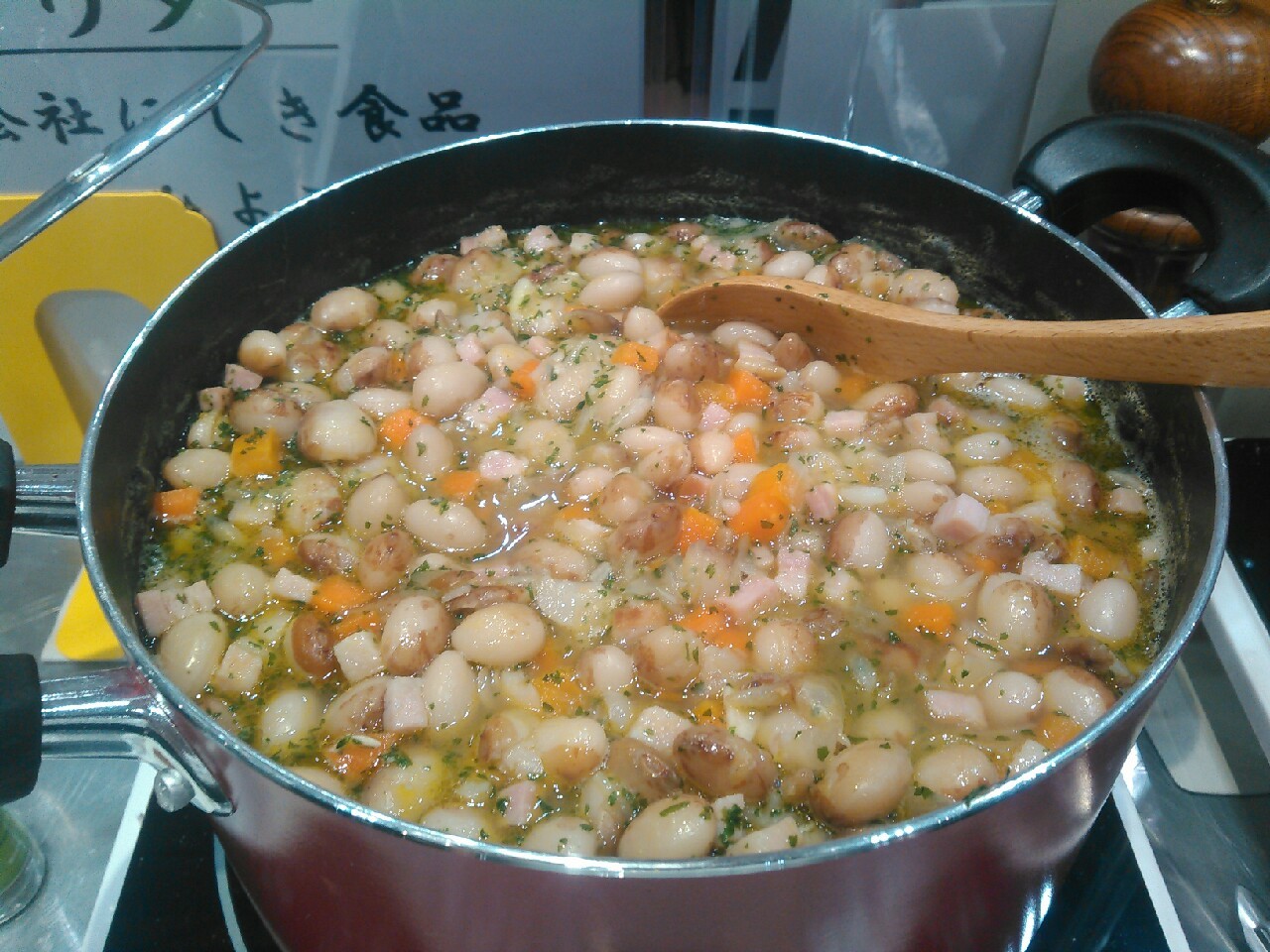 These dishes were prepared by an award–winning chef and pulse farmer from the north of Japan, where the majority of pulses are produced.

In addition, 2,800 copies of 4 different cook books were distribute, and after they ran out of printed copies many visitors continued to request them!

We’re happy to see FOODEX be such a success, and we hope to see more IYOP promotion ahead of 2016!