Angèle grew up in France where her family had a passion for great tasting food. From an early age, she developed a strong interest in cooking. Her passion for local and organic farming and food developed during travels to San Francisco and Australia. She soon started experimenting with clean, healthy, detox cuisine following a visit to the famous French naturopath Céleste Candido. She set up her own naturopathic centre, called Cenatho in Paris, where she has advised a number of famous brands. In addition, she has also hosted a number of independent naturopathic seminars around the world.

In 2012, Angèle created a detox catering service, La Guinguette d'Angèle, which offers organic, local and gluten-free products. She also opened a take-away restaurant in 2014, which sells cheap organic, gluten-free and vegan menus. In the near future, she intends to open a new restaurant, write two books and open a grocery line of products. 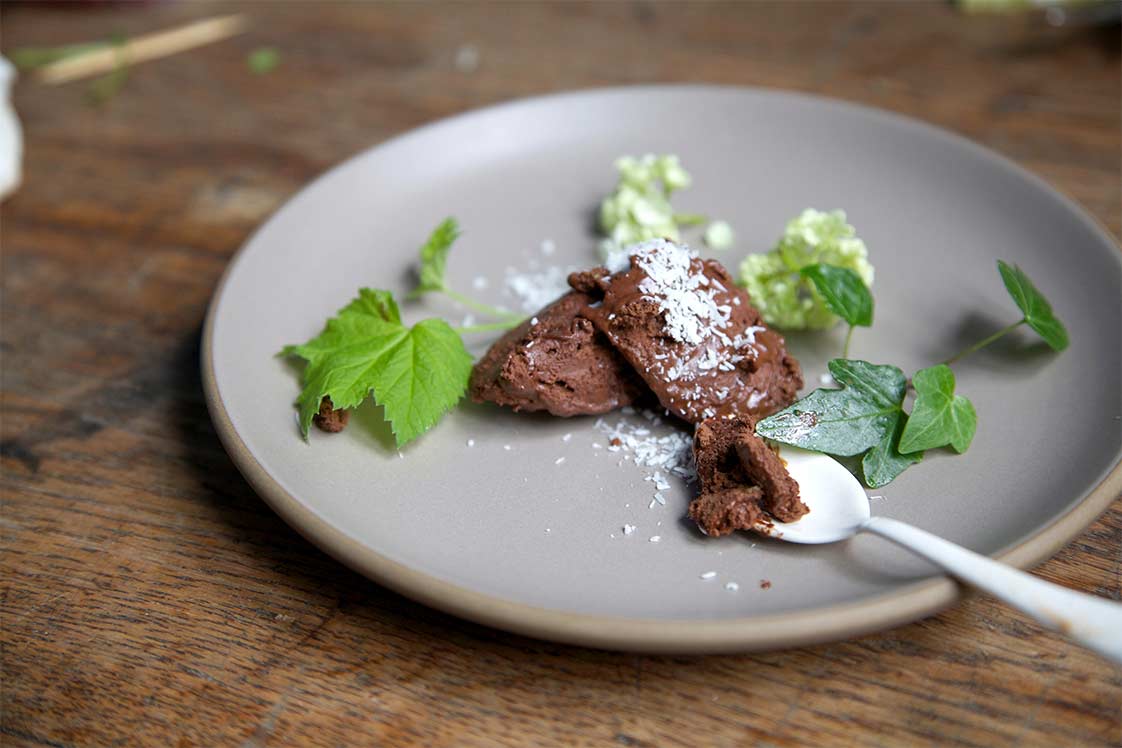 To make the chocolate

To make the Aquafaba

To finish the whisking

To make the Praline

For the ‘Chantilly’ coconut cream

Serve the cream with the chocolate mousse cold.