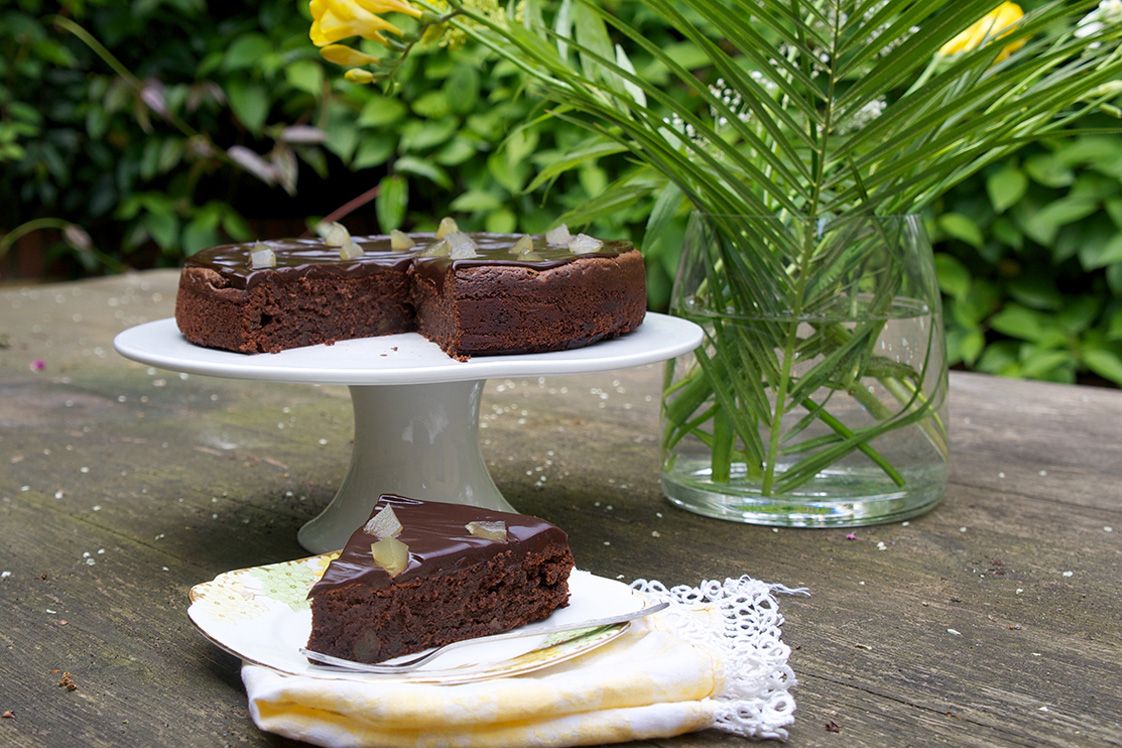 Made with two of her favourite flavours which blend so well together, Lindsey Dickson, Chef from The Eating Tree, has created a cake with ginger and chocolate combined with the peas to make a moist, rich cake which is not overtly sweet. Easy to make, beautiful to look at and an extremely good keeper, need we go on. It makes a large cake that will cut into 12 servings easily, making it an excellent cake for entertaining. Like most chocolate cakes it is even better the next day so for best results make the cake the day before, wrap in foil overnight and decorate the following day.

You will need a  9” spring release cake tin, greased with butter, bottom lined with baking paper and the sides dusted with cocoa powder.

Break up the chocolate and put it in a heatproof bowl with the butter and ginger syrup.

Put bowl over a saucepan of gently simmering water and stir occasionally until melted.

Put the peas into a processor and process until resembling coarse ground almonds.

Turn the mixture out into a large bowl and stir in the chopped ginger.

In a separate clean bowl whisk the four egg whites until stiff.

Using a metal spoon fold half the whites into the chocolate mixture then fold in the remaining half.

Tip the mixture into the cake tin and cook for 45-50 minutes until set. Don’t worry if the cake cracks slightly.

Take out of the oven and leave to cool on a wire rack for 10 minutes before taking off the outer ring.

When the cake is completely cool, make the chocolate covering.

Put the chocolate, cream, butter and ginger syrup in a bowl over gently simmering water and stir until melted, smooth and glossy.

Spoon over the top of the cake and spread to the edges with a palette knife.

Leave to set a little before distributing the remaining pieces of ginger on the top.

When cutting, wipe the knife blade between cuts to ensure a beautifully clean cut. 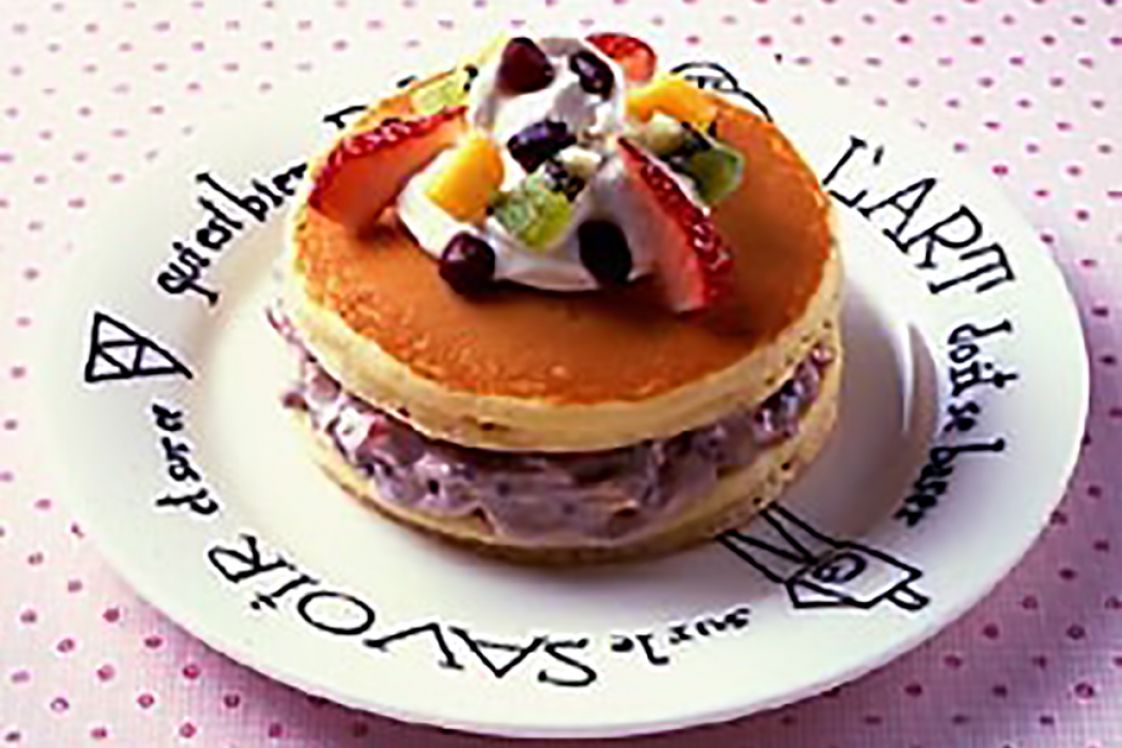 An Pancake (Pancake with Azuki Paste) 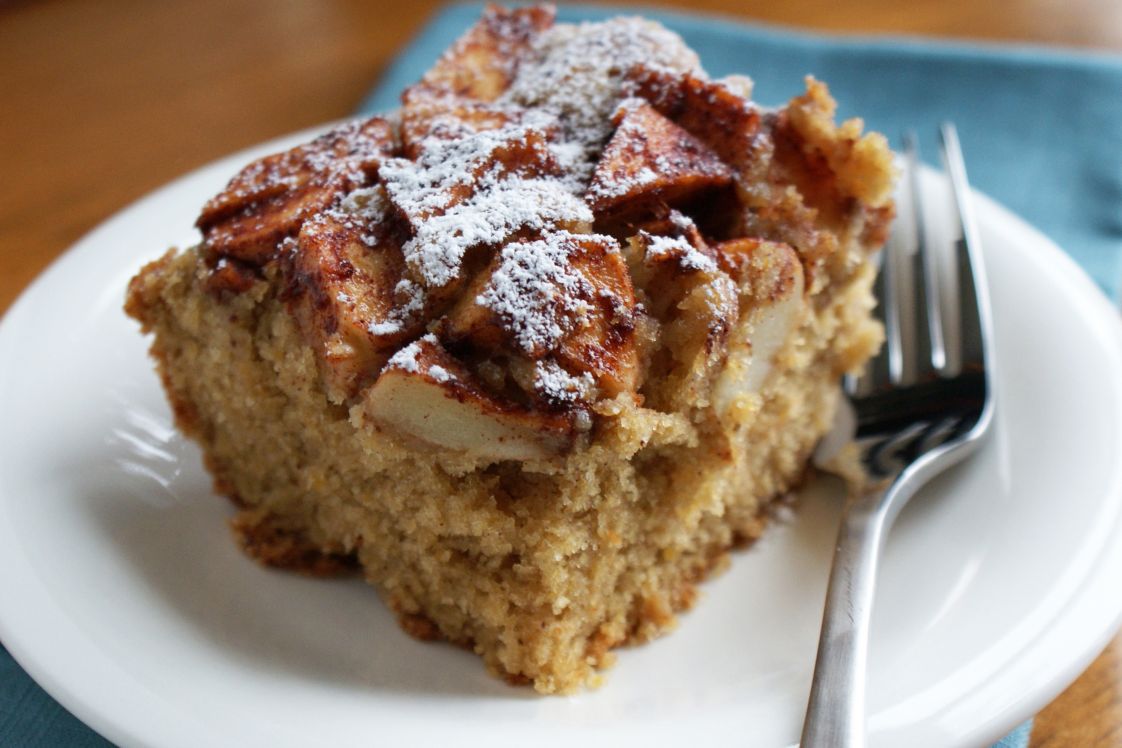 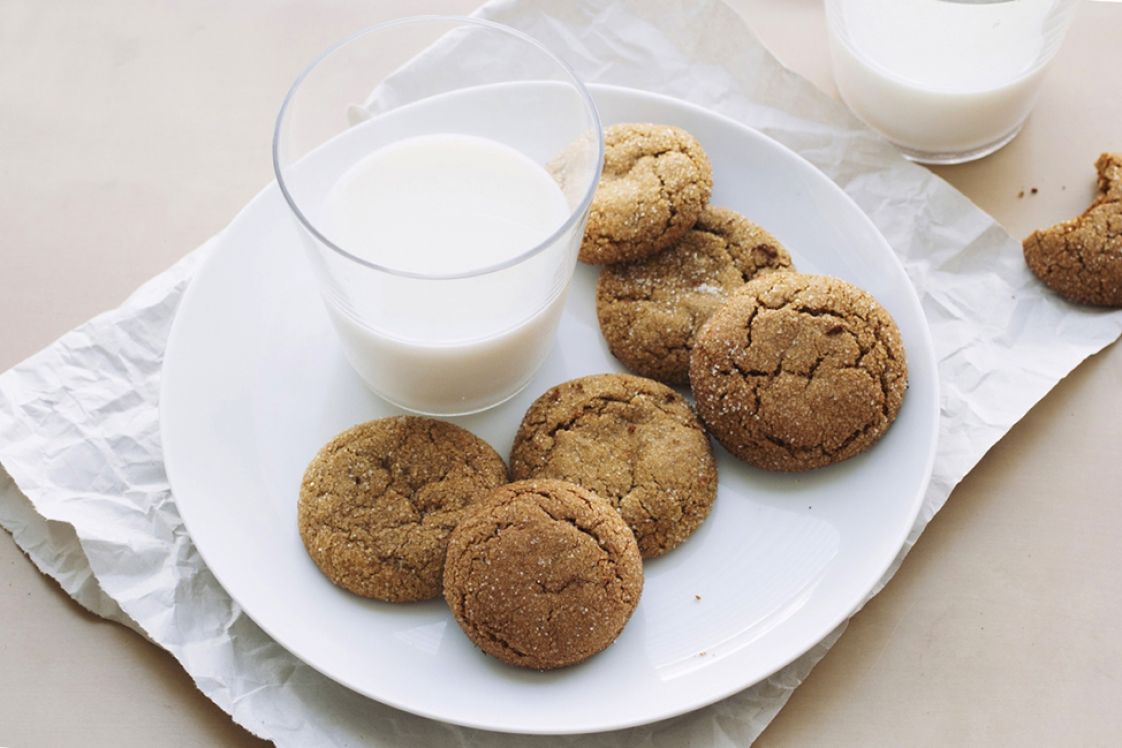